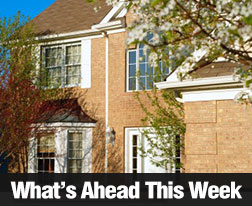 Inflation was flat in June, but achieved a 0.00 percent reading as compared to May’s – 0.10 percent reading. Analysts expected a June reading of +0.10 percent reading month-to-month. The Federal Open Market Committee of the Federal Reserve has established a benchmark reading of 2.00 percent inflation year-over-year as an indication of economic recovery. In recent months, the Fed has increased its target federal funds rate at each meeting of the FOMC. A slowdown in inflation and other economic indicators may cause the Fed to halt rate increases until conditions improve.

During testimony last week, Fed Chair Janet Yellen addressed questions about Federal Reserve board members’ interaction with Wall Street. Ms. Yellen explained that the Fed values clear communications with Wall Street as a productive relationship. Chair Yellen also noted that the Fed may taper off on interest rate increases soon; she said that further rate increases may not be warranted at present.

Stating that “monetary policy is not a preset course,” Chair Yellen said that the Fed is aware of problems associated with forecasting higher than actual inflation gains, but also said that the Fed believes that inflation will achieve the 2.00 percent annual goal established by the Fed.

Ms. Yellen hinted that her tenure as Fed Chair may be reaching its conclusion; she did not answer media inquiries about whether she would stay on if asked. She said she was concentrating on current issues instead of focusing on potential developments.